Did you know that there are err, err four KEY things that you are probably not doing which are the cause of why your roast potatoes will never be as good as mine?

Yes, I know that is a lofty boast – but, I am Irish and we practically invented the spud so I think that I speak from a position of authority!

I am giving away one of my best kept secrets here – you will all thank me!

So what are these things that you boast of I hear you all ask – well I shall summarise them:

Bigger means longer cooking times and they way that I will teach you to make your roasts means that you don’t need to worry about them cooking quicker than the meat.

So, here are the steps – follow them for roast potato greatness! 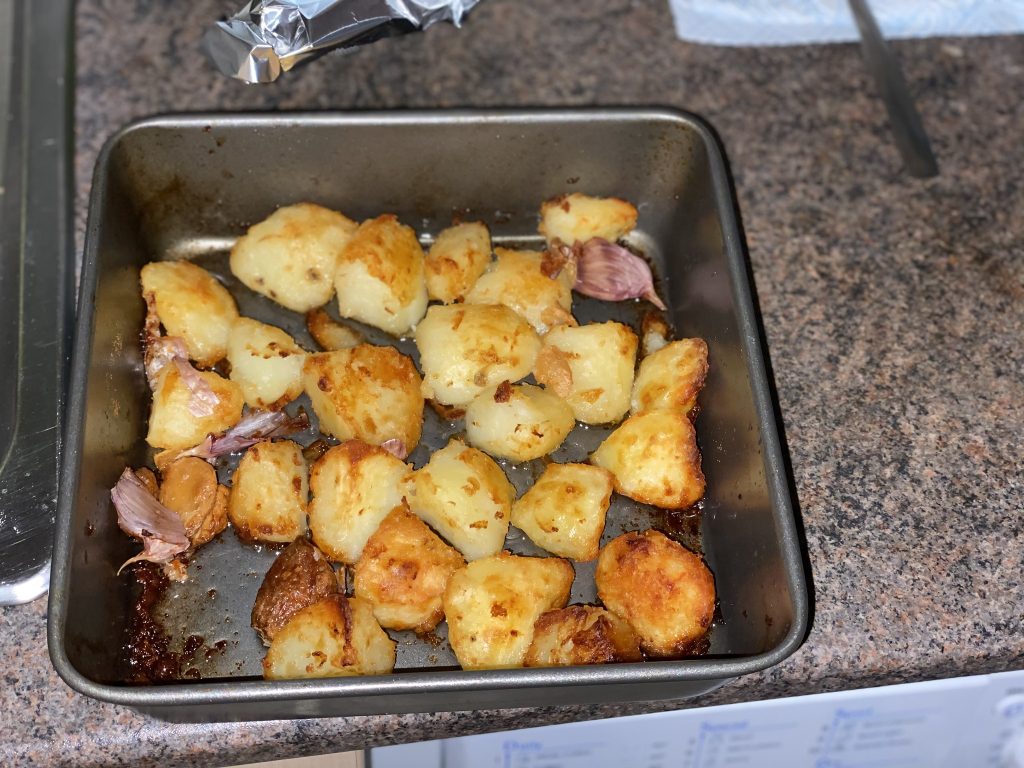 You will now have perfect, crispy on the outside and soft on the inside, non greasy golden potatoes to serve.

So what was the cooking them three times I hear you ask?