So here’s a thing … I am a mad Foo Fighters fan. It’s not even funny, I like to think of myself as Taylor Hawkins’s slightly fatter, non drum playing brother (if he let himself go a little – Taylor if you read this, I can use a Keyboard like you hit those skins buddy – if you ever wanted to watch someone type and get excited I am your man fella!).

I’ve been to see them about eight times all around the world (and, if I didn’t have a mouth to feed, responsibilities and a general sense of being an adult I’d probably live in a permanent state of following them home and going through their garbage … actually (again) Dave (Grohl) – if you read this I’m kidding – about the garbage).

I have loved their music since, well I cannot remember and in my own personal opinion they are possibly one of the greatest rock bands that has ever been and certainly the best at the moment (lofty statement, I agree, but I stand by it) – I feel there’s a degree of class about them that few other bands match.

If you need some examples of why I think that they are class have a look at the following examples from around the web:

Well, in my down time – usually (very) late at night after a few (lots) of beers I like to stick the Foo’s on and just chill the hell out.

My usual destination for this are the live concerts which are available on YouTube using my current weapon of choice (Skull Candy Riff Wireless Headphones), however I have found that some of the very best ones have very poor audio.

Indeed, this is not limited to just the Foo’s – there are a number of videos on YouTube which whilst are presented in one of the various high definition (HD) formats; on a Mac the audio is just too low (this might be via the built in speakers on your iMac or Mac Book or Headphones).

Of course this isn’t a hardware limitation, but rather a mix between the audio encoding quality of a given video and the baked in volume controls within MacOS as an operating system.

This is generally less of a problem on Windows as the sound controls (supplemented at times by the inbuilt apps that come with the audio hardware) can be customised to a much greater level than what is available on the Mac – generally speaking, you get what you are given by Apple in terms of overall sound control – I am sure that there is a good reason for this, but some of us need things a little louder.

This then raises the question and the point of this article – what as a Mac user can you do to boost the volume when using YouTube?

Well there are a few routes where that you can explore in order to overcome MacOS’s volume limitations – however, in the context of purely YouTube content and you want something which is effective and free – I would recommend downloading VLC Media Player.

VLC has been around for many, many years and in its most basic form is a highly effective video playback tool – but with one rather sexy feature – the ability to amplify sound within it beyond what MacOS gives you!

So how does it work?

When you launch VLC select the “Library” option from the list on the left hand side of the screen and then from the “Playlist” area click on the “Open Media” button (in red below). 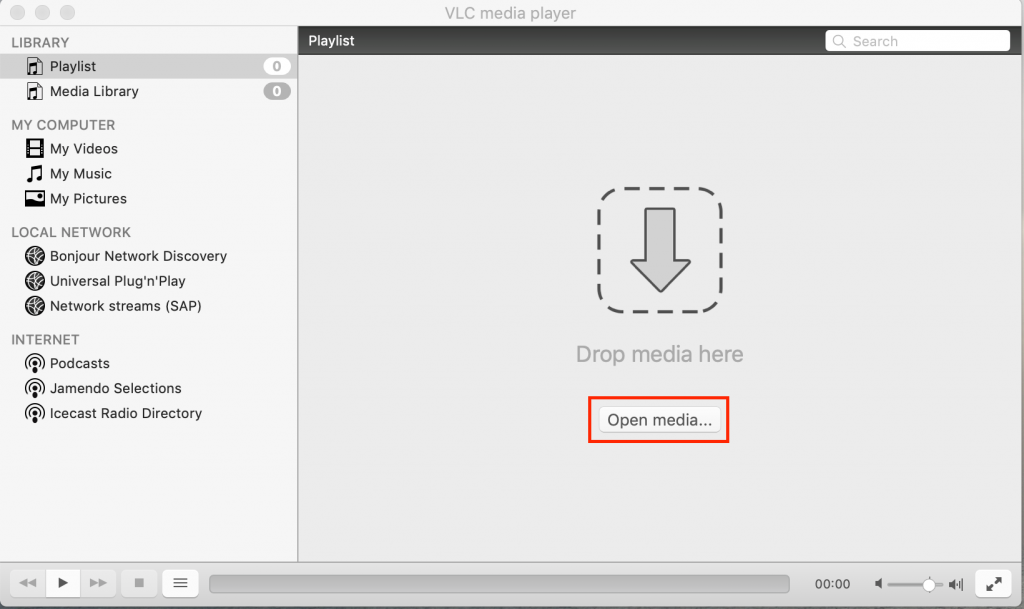 From the dialogue box that appears, click on the “Network” button (in red below). 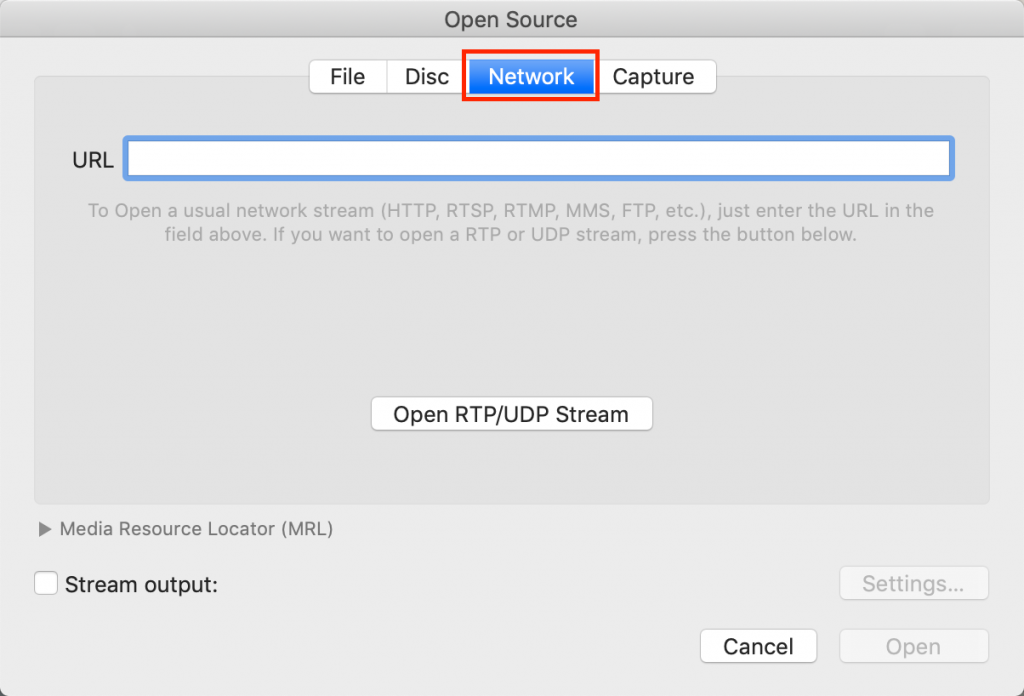 In the URL text box type in (or paste from YouTube) the location of the video that you want to amplify the volume of and then click on the “Open” button (highlighted in red below). 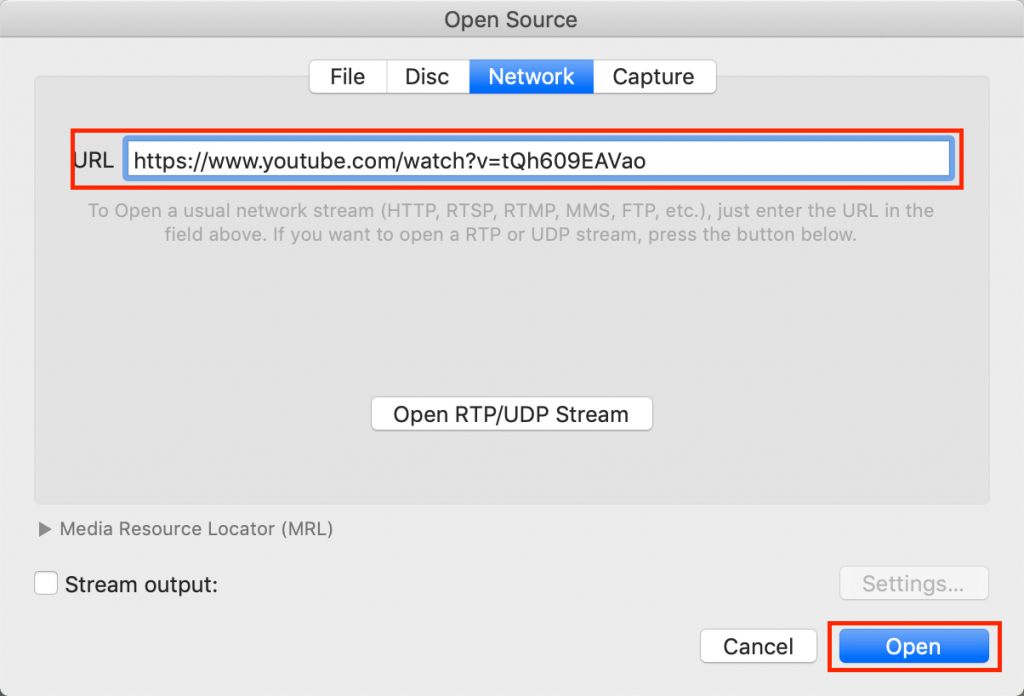 Your video should then play, you can use the volume slider on the bottom right of the screen (in red below) to increase the sound beyond that of MacOs. 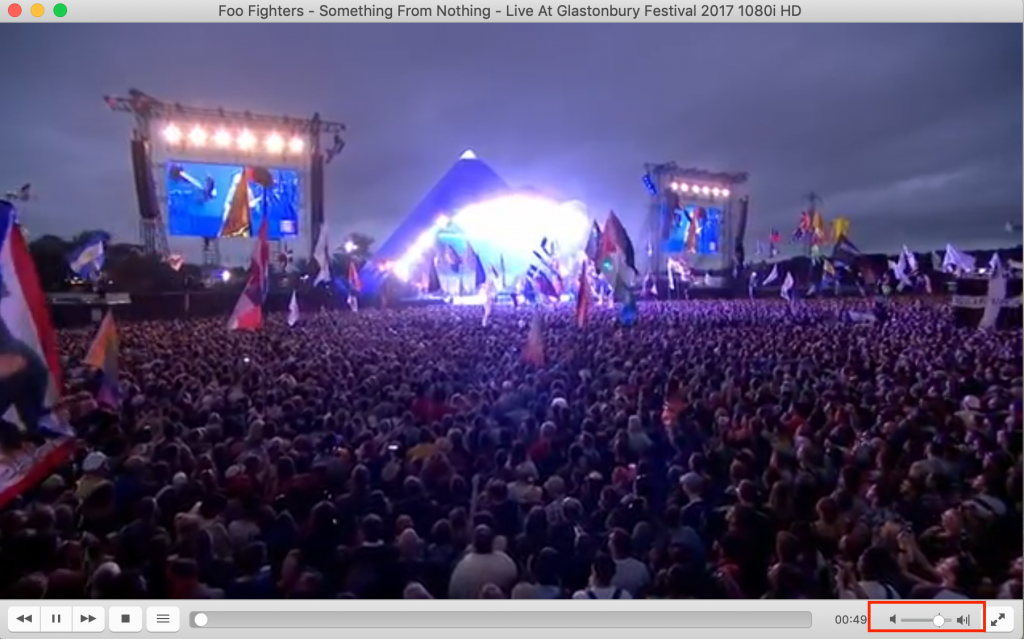 I hope that someone finds this rather random tip useful.