NOTE: Version 1.0 of the EXDSD has now been replaced by version 1.01 – all links have been updated to reflect the changes and details of the update can be found here.

I have been working for a while on a new tool called the EXDSD (Exchange 2013 DAG Status Dashboard).

I had two main reasons for writing this tool:

The following are the pre-requisites for the EXDSD:

Please note: – that the EXDSD is not designed to run on any version of Windows Server prior to 2012 nor is compatible with any previous version of Exchange prior to Exchange 2013 RTM.

The EXDSD has been tested on the following client operating systems:

At the moment the EXDSD does not support monitoring of any aspect of the DAG network. This will be released in version 1.01 of the EXDSD. 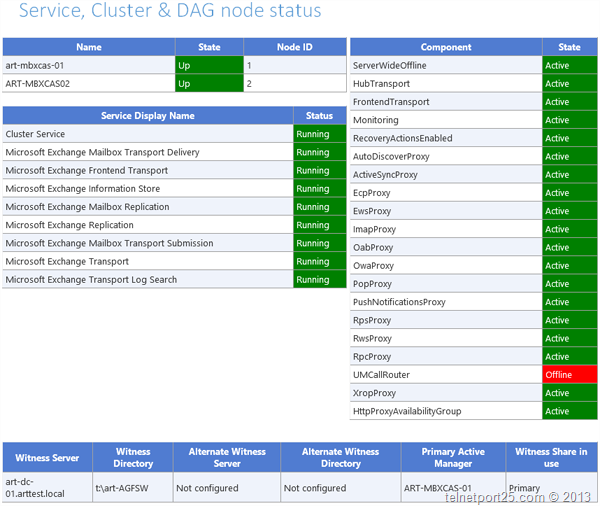 The EXDSD has been developed over a period of six months, and would not have been possible without the efforts from the following people – who may not have directly contributed to the project – but their own work was intrinsic to its release:

Inevitably there will be bugs found in any software tool – therefore I would like to thank Shawn Harry (http://www.shawnharry.co.uk/) for taking the time to test early builds of the EXDSD.

If any of you should find any issues – or have any suggestions, please feel free to pass them over to me via the comments or contact sections.