In January I released a very simple tool called ‘WinWOL’ (Windows Wake on LAN) which, as the name suggests is a Windows based Wake on LAN manager. Over the last few months I have been looking at the software again and wanted to change how it worked to make it a little simpler to use.

This resulted in a complete re-design of the user interface to adopt a ‘Tab based look and feel’ and a recompilation of the code against .NET 4.0 to allow for more people to be able to run the tool without necessarily having to update .NET on their machines.

Today I am pleased to announce the release of WinWOL version 1.1.

The following is a quick preview of the design changes between the two versions. You will notice that the updated design uses less screen real estate, and during usage automates a number of tasks – such as: 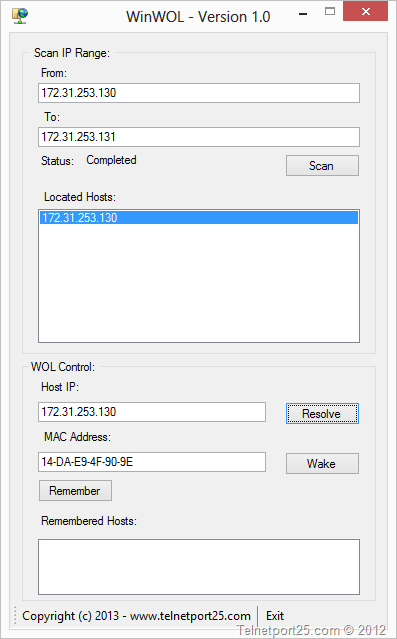 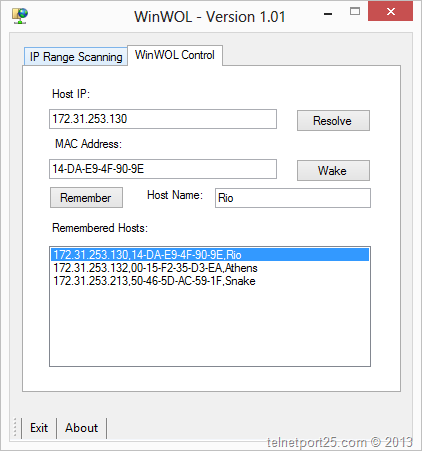 You can download the WinWOL tool from the following location.

You can download the WinWOL installation and user guide from the following location.