Today I have been busy removing the Release Preview of Exchange 2013 from a number of my lab servers. All was going well until I came to removing Exchange from a couple of Exchange 2013 DAG Servers – where I was presented with the following error message:

Error: This computer is a member of a cluster. It must be removed from the database. 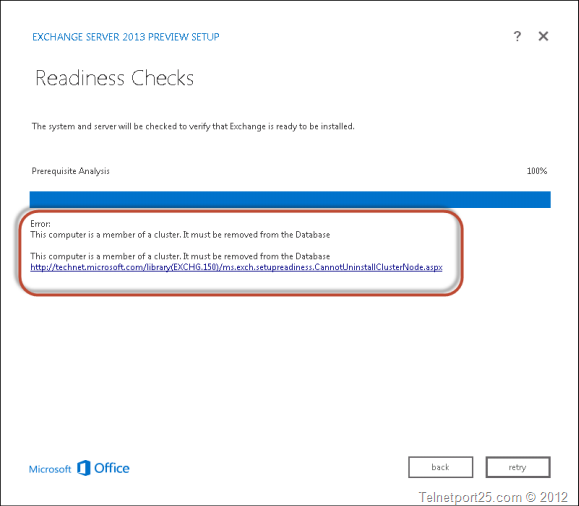 Prior to my attempting to remove Exchange I had removed all database copies that had been associated with the server.

Luckily the solution was very simple.

In order to resolve this error message, open a PowerShell command window and type in the following commands:

This will list all of the Exchange Servers that are associated with the Failover Clustering service – identify the name of the Exchange server that you are trying to remove Exchange from – then type: 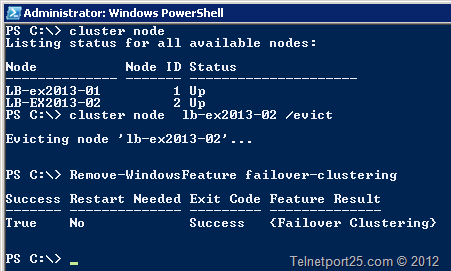 You can then close the PowerShell window and return to the Exchange 2013 RP setup process and click on the “Retry” button – and which should then result in the removal prerequisites completing correctly.