Not an Exchange post, but a Windows one for those of you whom use VMWARE.

Today I was building a new SQL server within my VMWARE Workstation 8 environment. Everything was going swimmingly right up until I had just finished Windows 2008 R2 setup. I was in the process of applying Windows Updates when I lost Internet connectivity.

It was very odd, as I still had IPv4 connectivity (I would ping devices on my network with no issues), and I could use NSLOOKUP and Trace Route to both resolve DNS names and track packets – but every time that I tried to connect to the Internet (either via a sites IP address, or via the DNS name) I would get an error message.

And opening up the Network Connection and Sharing Centre revealed the following:

I tried a number of things:

All of which were to no avail – as the problem still persisted.

After several hours of Googling, swearing, teeth Gnashing – I decided that I was going to physically remove the NIC from he Virtual machine, reboot, and the add it in again from within the Workstation console.

Just as I was about to do so, I remembered a setting which VMWare gives you on the NIC for a Virtual machine which allows for you to change the MAC address – I thought that I would give this a try before removed the adapter completely (my logic being that perhaps a rouge ARP entry or something else odd had happened at the network layer in my environment).

So from within the VMWARE management console I selected the properties of the Network Adapter, and then clicked on the “Advanced” button – see below 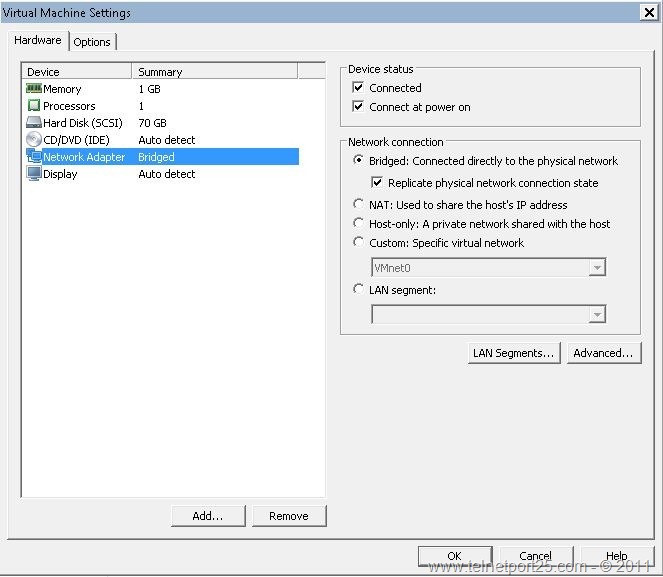 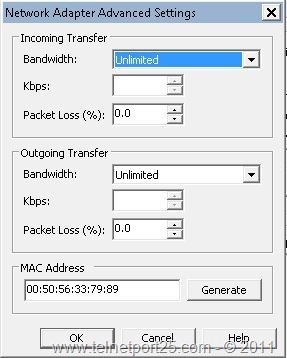 I then rebooted the Virtual machine, and low and behold – this solved the problem (lucky guess huh?). Although I have not checked this in any real detail – I am wondering if I had two VM’s active with the same MAC address, but heh – ho, problem solved and only 4 hours of my life lost on the problem – so, if you end up at your wits end and have tried all of the obvious stuff and you are using VMWARE – give this a go.