I have been doing some scripting recently for the current firm that I work for; prior to my jaunt off into the sunset to take up a new position.
My tasks have primarily been focussed around defining some Exchange Management Shell scripts which will allow for simple tasks to be completed. In this article I would like to share a script with you which I have derived which gives administrators a simplified means to perform messaged tracking and format the results to a HTML file.

Download the following script to either a location on your Management Workstation or Exchange server.

Open a Powershell Window and type in the following CmdLets (or if you have installed Quest PowerGUI you may wish to open and execute the scripts using):

You will be presented with the following screen – you will be asked 3 questions: 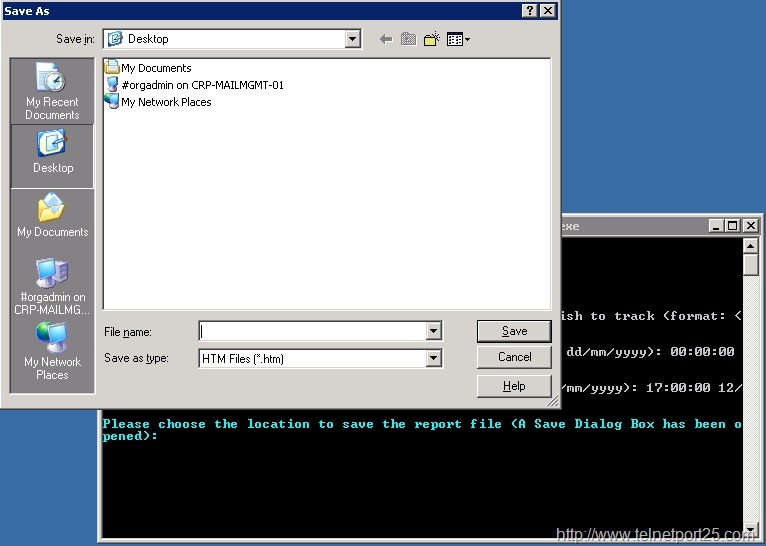 The script in its current form will only perform searches based upon the sender of the message – if you would like to search on the recipient then all you need to do is change the following parameter -sender to –recipient in the following line: